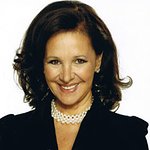 TV presenter and choreographer Arlene Phillips, who was awarded a CBE by Her Majesty The Queen at a ceremony earlier this year, has called today on His Royal Highness The Prince of Wales to strip Fortnum & Mason of its Royal Warrants for continuing to sell foie gras – a product that is illegal to produce in the UK.

“Holding Royal Warrants should be an immense privilege bestowed only on establishments with extremely high standards”, writes the former Strictly Come Dancing judge. “In light of Fortnum & Mason’s cavalier attitude towards animal welfare and for continuing to promote a product that is illegal to produce in Britain, may I respectfully request that you consider revoking the Royal Warrants until it ends its sale of foie gras?”

Philips’ judgment comes after PETA showed her undercover video footage, narrated by acting legend Sir Roger Moore, which exposed terrible abuse on foie gras farms supplying Fortnum & Mason – including at the abattoir, where birds had knives plunged into their throats without prior pre-stunning, in contravention of both UK and French law.

During foie gras production, huge amounts of grain are pumped into the stomachs of geese through metal pipes, which are rammed down their throats several times a day. Their distended livers – which can swell to up to 10 times their normal size – press against their lungs, causing them to pant constantly. Veterinarians and avian experts agree – there is no humane way to produce foie gras. Animal protection groups – including the Royal Society for the Prevention of Cruelty to Animals, Compassion in World Farming, Animal Defenders International, Animal Aid, Viva!, Four Paws, One Kind, Save Me and the International Veterinary Society – have all joined PETA in calling for Fortnum & Mason to stop selling foie gras.