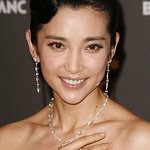 The screen star will appear in five live action spots currently being scheduled to air throughout China as part of the “Say No To Ivory and Rhino Horn” Campaign. Li joins fellow countryman and WildAid Ambassador Yao Ming, who launched the campaign last month in Beijing with WildAid, Save the Elephants, and the African Wildlife Foundation.

Li recently completed an official mission with UNEP to learn more about Kenya’s wild elephants and confront the impacts of poaching that are threatening elephants and rhinos across Africa.

“We are incredibly thankful that Li Bingbing is joining our campaign as a WildAid Ambassador to shift China’s view of ivory and rhino horn consumption,” said WildAid Executive Director Peter Knights. “Due to the ivory and rhino horn trade as many as 25,000 elephants are killed every year and up to 95% of the world’s rhinos have been lost in the past four decades, with the last of the species in Mozambique recently falling victim to poachers. We must act now to save these endangered animals from extinction.”

The importance of raising awareness within China, the leading country for ivory consumption, is central to Li’s campaign. As the actress states in her first PSA: “There is a war in Africa you don’t hear about in the news. A war that kills 25,000 elephants a year, for ivory. A war that sponsors civil wars and criminal gangs, paid for with ivory. But this is a war we can stop, by simply saying no to ivory. When the buying stops, the killing can, too.”

In 2012, WildAid launched an inaugural awareness campaign seeking to ban shark fin consumption in China. The campaign centered on multimedia components, and a vital partnership with CCTV, to highlight the cruelty inherent in shark finning and the vital role that sharks play in the marine ecosystem. According to the South China Morning Post: “…the Census and Statistics Department of Hong Kong reported that shark fin imports have reduced from 10,292 tons to 3,087 from 2011 to November 2012; over a 70% decline.”

“Our shark fin campaign proved that our model of targeting the consumer has a tremendous impact on the lives of endangered animals,” Knights added. “Today marks another successful step in our partnership with China’s leading conservationists as well as the nation’s broadcast media and government.”