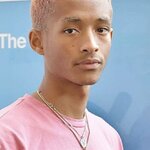 Jaden Smith, star of Columbia Pictures’ movie “After Earth,” is featured in a new NASA public service announcement that describes the contributions of the agency’s Earth science program to environmental awareness and exploration of our home planet.

The public service announcement features imagery from “After Earth” as well as animations of Earth data from 17 orbiting NASA satellites. The satellites are making cutting-edge observations of the entire Earth system, including the atmosphere, oceans, land surface, and snow and ice. The observations are used by scientists worldwide to improve our understanding of our complex planet, better predict the future of our changing climate, and enhance life on Earth today.

“NASA has a fleet of satellites around the planet that keeps track of climate change and studies how humans are affecting the planet,” Smith says in the public service announcement. “At NASA right now, scientists and engineers are working every day to help humans learn how to better care for their home so that we never have to leave.”

NASA Television will broadcast the announcement beginning Thursday, May 30. It is available to television and radio stations and other interested media outlets. To download and view the announcement, click here.

Westbrook Media and Snap Inc. today announced a new Snap Original series, “The Solution Committee,” in which Jaden Smith seeks out the help of young activists and celebrity friends to explore and understand what we can do to create change around the most important racial and social justice issues of our time. More →