Charo Says No To Bullfighting 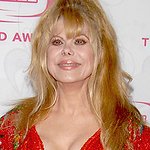 On behalf of PETA, saucy Spanish-American entertainer Charo has appealed to authorities to reject an initiative to protect and promote bullfighting as a national cultural pastime.

The actor and classical guitarist, who went to weekly bullfights with her father as a young girl, wrote to Spain’s Culture Committee after an industry-led petition automatically triggered the consideration.

“I am proud of my Spanish heritage, but I was shocked and saddened to learn that you are considering protecting bullfighting as a cultural pastime,” she wrote. "I was born and grew up in Murcia, where I studied classical and flamenco guitar under Andrés Segovia until I teamed up with Xavier Cugat to bring Spanish music and culture to the rest of the world. I have spent my career entertaining people, but there is nothing remotely entertaining about stabbing bulls to death in bullfighting arenas.

“I grew up attending weekly bullfights with my father, so I saw how the bulls were tortured and killed. Despite the history of bullfighting in Spain, times and sensibilities have changed, and millions of Spanish citizens have signed petitions to ban bullfighting across the country. As a result, the barbaric “sport” has been outlawed in Catalonia and the Canary Islands. Even our state-run Spanish television discontinued live coverage of bullfighting, saying it is too violent for children to see.

“As a proud Spaniard and member of PETA, I am ashamed that some in my country continue to cling to a sad chapter of our history that should have come to an end long ago. Cruelty is not culture. I urge you to reject the initiative to protect bullfighting.”

Bulls are commonly deprived of food and water for days prior to a “fight”, and before entering the ring, they can have the tips of their horns shaved off and petroleum jelly smeared into their eyes to blur their vision. Once in the ring, a bull is repeatedly stabbed by a variety of spears, spikes and daggers, causing tremendous pain and blood loss until the matador finally drives a sword into the exhausted animal. Bullfighting has been on the decline for years, with attendance decreasing and bullrings closing in countries where it is allowed, as more and more people put animal welfare first. Seventy-six per cent of Spaniards say that they have no interest in this barbaric ritual, and the industry survives only because of subsidies from Spanish and EU taxpayers. Any move to protect bullfighting would be a huge step backwards.

Just weeks after a fire broke out at the Pata Zoo in Bangkok, Thailand, actor Gillian Anderson has sent the zoo’s owner a letter on behalf of PETA Asia asking him to close the exotic-animal menagerie in the Pata Department Store and send the animals to reputable sanctuaries. More →