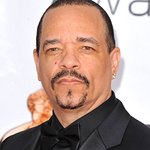 Dead Patriot Films presents “Assaulted: Civil Rights Under Fire” – a 79-minute, PG-13 documentary narrated by Ice-T that brings audiences to the center of the controversy over an issue that is dividing our nation – gun control.

The film takes a step back from the public discourse on limiting magazine capacity and defining assault rifles. Instead, “Assaulted” offers a unique historical perspective on the Second Amendment’s significance, taking a critical and objective look at the current gun laws, and the effect on civil rights and liberty.

Created by Emmy winning producer and writer Kris Koenig (“400 Years of the Telescope,” the upcoming “Fight for Space”) and produced by Eric Katzenberg (“Secrets of Navy SEALS,” “American Guns”), the film is narrated by critically acclaimed rapper and actor Ice-T (“Something from Nothing: The Art of Rap,” “Law and Order: SVU”).

“Basic American civil rights are being threatened by efforts to constrain the Second Amendment. Gun control debates that focus on gun technology and not the roots of gun violence are not helping to resolve the issue,” commented Kris Koenig, “Assaulted” executive producer, director and writer. “‘Assaulted: Civil Rights Under Fire’ examines the original intent of current gun laws through the examples of important moments in U.S. history – because balanced information is critical to ensure that we balance public safety concerns with our civil liberties.”

Distributed by High Top Releasing, “Assaulted” will be playing in limited release beginning Thursday, June 20th in more than a dozen U.S. markets, including: New York, Los Angeles, Chicago, Dallas, Washington, D.C., Atlanta, among others. Moreover, through a partnership with Tugg, the film is available for special screenings nationwide. The web-platform enables individuals, organizations and non-profits to host their own theatrical events and share the film with their local community. Get started here.

“The Second Amendment is so simple,” says Ted Nugent. “It’s an absolute tragedy that the question exists. What does it mean? Keep and bear arms means they’re mine. You can’t have them. I’ve got some on me right now. And they’re loaded!”

With the original intention of empowering a citizenry to defend themselves against a corrupt or tyrannical government, the concept behind the Second Amendment may seem farfetched today. Or does it? “Assaulted” weaves together such narrative threads as the post-World War II Battle of Athens and the Deacons for Defense of the Jim Crow era with more recent events, including the abandonment of Koreatown during the Rodney King Riots and the heavy-handed action taken by officials during the aftermath of Hurricane Katrina.

“As we’ve seen in the past with other civil rights issues, the majority isn’t always right. Whether it’s racial equality, women’s rights, LGBT equality or the Second Amendment, we have to strongly uphold ALL of our precious civil rights. The reason that this society exists is because we balance the rights of the individual above the whole,” added Koenig.

With the purpose of igniting a meaningful gun control conversation, as opposed to adding to the existing rhetoric, “Assaulted” sought out constitutional historians, lawyers, law enforcement, educators, anti-violence leaders, gun rights activists and gun owners to lend their voices to the film. The result is more than 30 interviews from advocates on both sides of the argument, such as: