Cesar Millan's Hints For A Happy Hound On Independence Day 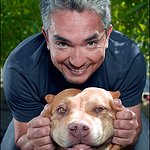 Cesar Millan gave some handy hints in the Huffington Post prior to Independence Day on how to keep your pets happy during fireworks and celebrations.

“Whether it’s a huge show put on by a city or just the neighbors setting off firecrackers in the backyard, it can be a loud experience, and very frightening and stressful for our dogs. More runaway dogs are rounded up in the days after Independence Day than at any other time. Running away is just one possible result of a dog’s reaction to a sudden loud noise.

“When a dog is not calm and balanced, it will react to a stimulus in one of three ways: fight, flight, or avoidance. It will attack, run away, or hide. “Flight” and “avoidance” may sound like the same thing, but they’re not, and the difference is important. A dog in flight will run away from everything, while a dog avoiding will go to a familiar, safe place, like under a bed or into its kennel.

“All dogs react differently to the noise of fireworks. If you’re lucky (or have prepared your dog properly), then they’ll just ignore them. Barking at the sound is also a common reaction of the “fight” sort. Trying desperately to get out of the house by scratching at walls or doors or running around is flight, while disappearing into a safe “den” is avoidance.

“The first thing to remember when your dog is in any unbalanced state is to withhold affection. This can be difficult to do, but it’s best for your dog in the long run. If you pick up or hold a dog that’s scared and try to pet and reassure them, this will not calm them down. All it does is tell them that you approve of their mental state at that time. Give affection to a frightened dog and you will teach your dog to be afraid of everything.

“Ideally, you should prepare your dogs well ahead of time for the loud noises of fireworks by gradually desensitizing them — playing the noises of fireworks while distracting them, for example. If you haven’t had a chance to do this, then there’s still time between now and the Fourth to get ready. Here are some things you can do:
1. Relocate
If your dog does react badly to fireworks, try to arrange to keep her in a place where there won’t be any loud displays, such as at a friend’s or relative’s house, or at a professional dog boarding facility with which your dog is familiar. If the place is unfamiliar, try to take your dog there a few times before the holiday so it won’t be a big surprise when you leave her there on the day of.
2. Exercise
If you can’t arrange for your dog to be elsewhere, then take him on a long walk before the festivities start in order to drain his energy, making him less likely to become excited when the fireworks go off. Your dog should be completely exhausted, leaving his brain tired enough that he won’t be able to concentrate on the noise.
3. Disguise
No, this doesn’t involve putting a funny mask on your dog. Disguise the sound of fireworks by using dog-safe ear protection, like Mutt Muffs, which go over a dog’s ears like headphones. Note that you should never use any kind of plug that goes inside of a dog’s ear. Since the openings are so much larger and deeper than in human ears, it would be very easy to lose an earplug inside, leading to a trip to the vet. Blocking the noise, though, may help minimize reactions to it.
4. Distract
When the fireworks go off, try engaging your dog in obedience behavior, having her do whatever tricks you’ve taught her for treats. If you have a treadmill, now is a great time to have your dog walk on it — the forward motion will re-direct her brain away from the fireworks and focus it on the physical action. Finally, scent is another great way to distract your dog by engaging her nose.
5. Restrain
It can help to keep your dog on-leash, even indoors, during the fireworks — but especially if you have to be outdoors. This will give you control over him, and keep him from being able to run away if his reaction is flight. It is also very important that your dog wears proper I.D. at all times, as well as has a microchip, in case he does run away.
6. Maintain
Remember, it is up to you to show calm, assertive leadership when the loud noises start. If you go about your business and don’t make a big deal about it, you’ll help your dog to understand that nothing terrible is going to happen. By not altering your routine, you help make the fireworks part of that routine for your dog.

“Most of all, know your dog and know what to expect. If your dog is the type to try hiding from the noises, then have a kennel ready in advance so she has a safe place to run to. If your dog tends to get hyperactive or aggressive, then plan ahead with plenty of exercise.”

To read more of Cesar’s hints, read his blog on HuffingtonPost.com. 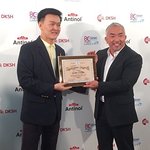 On June 2, 2015, Cesar Millan became the third American to receive an honorary diploma from Chulalongkorn University, in Bangkok, Thailand. More →