Stars Celebrate ESPY Awards And Give Back At Gift Lounge 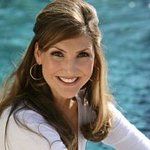 GBK, the luxury lifestyle gift lounge and special events company, honored the 2013 ESPY Awards’ Nominees and other special guests with their GBK Pre-Awards Lounge, hosted at the Andaz Hotel on July 16th.

Celebrities and Press were greeted by the sounds of the 10-year-old DJ phenomenon: DJ BABYCHINO, the world’s youngest DJ. Ike’s Love & Sandwiches LLC gifted $1.000 gift certificates to attendees. Their sandwiches, soon to be hitting the Southern California market, were a huge hit amongst guests. Attendees were also able to snack on healthy chips from Bare Snacks or grab a taco from Jalisco’s Mobile Taco Grill, The Premier Mobile Taco Grill Company in L.A., and O.C. while enjoying drinks from Chambord Premium Spirits.

GBK’s blend of entertainment, celebrity marketing and charity fundraising consistently sets new standards for the industry and this event was no different. With the help of participating sponsors and generous celebrity guests, 100% of the poker tournament proceeds were donated to charity. Celebrities, Athletes and professional poker players fought it out with lots of laughs for some top prizes. Poker Professional Tim Phan won the tournament; winning a 3 night stay at the St. Regis Princeville, as well as an $8000 watch from Jason of Beverly Hills. Second place winner was Andy Milonakis, winning a Technogel Mattress. Mekhi Phifer got knocked out at the last minute, prior to placing with 10/J in his hand. $12.000 was raised for the Model Citizen Fund, and Ike’s Love and Sandwiches gave a $1.000 donation in the name of Roger Cross to the Mama Sarah Obama Foundation for coming in 4th place. Interestingly enough, none of the athletes showed their athletic skills off, as none reached the Final Table. Even Jose Conseco got knocked out who prides himself as a guest heard him say he is “pretty darn good at Holdem.”

This year’s lounge featured a variety of youthful, trend-setting products in the sports and athletic apparel categories such as: SKLZ, the industry leader in athletic performance and sports skill development products, gifted The Gold Flex warm-up and The SKLZ Pro Mini Hoop; Dazadi.com, who gifted a $250 gift card to shop top brands in sports equipment, home court, home gym and game rooms; The Marena Group gifted Athletics8, the most comfortable, high-performance athletic compression apparel on the market; Fruit of the Loom gifted t-shirts from two of their new lines: the Big & Tall Collection and the BEST collection; JH Design Group, gifted NBA, NASCAR and MLB licensed jackets/hoodies; and Nutrition53, a multifaceted nutrition company founded by Bill Romanowski, gifted Lean1 and Vegan1.

Ever-evolving technology brought us fantastic sponsors and gifts, including: Negris Lebrum Clothing Co., who gifted their beautifully styled wireless MP3 headphones; iLinks, who manufactures and sells smart golf clubs which allow the user to view the flight of their ball on a smart phone app; MHL, new technology which allows you to work from any location, play mobile games with no lag, and stream TV or movies in HD; and Technogel Sleeping, who gifted exclusive memory foam based pillows made with a unique patented gel layer, providing comfort and ergonomic support.

A true highlight of the lounge was Sparkling Hill Resort, a European-inspired wellness resort known as the first resort in the world to incorporate Swarovski crystal elements into every aspect of its design. Guests received a Couples Escape in a stunning penthouse suite.

Jewelry and accessories resumed their place as a must have at any GBK Lounge. The lounge featured sponsors such as: Jason of Beverly Hills, gifted $700 gifts ; Bands for Arms gifted handmade bracelets made from donated military uniforms from all military branches; Fly Watches gifted a fun and colorful interchangeable LED watch; and Wild Soul Sunglasses, gifted beautiful Acetate Sunglasses named after untamed wild animals.

Before guests left for the day, they stopped by Miracle Details, an upper echelon mobile and convenient detail service, to pick up their vehicle after receiving a V.I.P. car detail valued at $350 – not only a crowd pleaser, but also the perfect touch to this celebratory event.

As always, GBK featured an array of charitable organizations, including: The Los Angeles Lakers Youth Foundation, which donates money and services on a need based scale to organizations all over the Los Angeles county, and provides disaster relief in California and the United States; and The Model Citizen Fund, which distributes life-sustaining backpacks filled with 150 items that include food, health, and survival essentials to the homeless and disaster victims, giving them the tools and confidence to build/rebuild their lives.

Additional charity beneficiaries included: The Mama Sarah Obama Foundation, a charitable nonprofit organization whose mission is to improve the education and welfare of disenfranchised children in order to help them successfully achieve their goals and have a better future; and The Giving Back Fund (GBF), a nonprofit organization that provides philanthropic consulting, management, administrative services, and program development to individuals and corporations.