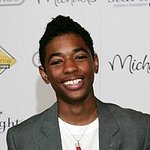 No one was being bullied Saturday evening at the 2013 NO BULL Teen Video Awards as Grown Up’s 2 star and the evening’s host, Nadji Jeter, welcomed a star-studded audience of celebrities, NO BULL’s 15 teen award nominees, parents, and anti-bullying activists.

The Great American NO BULL Challenge announced LIVE at the awards show the winners of NO BULL’s coveted “Noble” award recipients. All of the organizations entrants wrote and directed short films and Public Service Announcements about the importance of bullying prevention and digital responsibility, which will become part of the NO BULL Academy’s educational resources, available to anyone anywhere. 17-year-old Henderson, NV native Hunter Hopewell won the overall NO BULL Best Documentary of the Year award.

Celebrities from Movies, Television, Music and Sports gathered alongside national anti-bullying and social action activists on Saturday, August 10th in Los Angeles for the 2013 NO BULL National Education Conference and NO BULL Teen Video Awards. The evening was opened with a special performance by Epic Records recording artist Marcus Canty and continued with phenomenal performances by iTune’s fastest rising star in the pop charts top 10 with his song “Hey L.A.” Ryan Beatty, musician Allan I, songwriter of the hit “Crickets” and bringing the show to a close, Warner Brothers recording artist Ben J of the New Boyz.

Nickelodeon actress Kayla Maisonet, Big Time Rush actor Tucker Albrizzi and Tyler Perry’s A Madea Christmas actor Noah Urrea presented the first award of the night. It was the start of a slew of celebrities who would make their way to the Teen Video Awards stage to honor the opportunity for social change at the youth level in an awards show of “Oscars meets the Grammy’s” in Hollywood’s backyard, epically produced by Kombine Media.

Through the magic of filmmaking and the power of peer-to-peer influence, The Great American NO BULL Challenge empowers teens to become leaders by taking action to address bullying prevention, campus safety and the importance of being digitally responsible. The NO BULL Challenge provides a much-needed platform and spark to encourage youth activism to inspire the world’s 200 million teenagers to make a difference.

The 2013 event was produced by Brett Ostro of Kombine Media, a former producer on the Teen Choice Awards, the Cartoon Network Hall of Game Awards, and Nickelodeon Kids’ Choice Awards.

To celebrate 16 years of providing critical surgical care to children in the US and abroad, Mending Kids is hosting its Sweet 16 Imagine Gala on Saturday, April 17 from 5-6 p.m. PST. More →