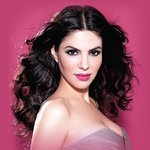 Confined au naturel to a small tub, Real Housewives of Miami star Adriana de Moura stars in a provocative new ad for PETA that asks, “Could You Live in a Bathtub for 40 Years?” and explains that the orca Lolita has been imprisoned in a small tank at the Miami Seaquarium since she was captured from the wild in 1970.

In addition to starring in the print ad, de Moura — whose native Brazil has completely banned the captivity of marine mammals for entertainment — sat down for a video Q&A with PETA in which she urges her fellow parents not to take their children to marine-mammal parks such as the Seaquarium.

“When you take your children to a park where an animal is being kept for years in confined quarters …. in this age, where we’re supposed to be so enlightened—equality for everybody—it’s a hypocrisy,” she says. “You’re sending a message to your children that it’s OK to dominate, it’s OK to confine.”

In response to a petition filed by PETA and others, the National Marine Fisheries Service recently announced that it’s considering affording Lolita the same protection that her wild family has under the Endangered Species Act. She could ultimately return to Puget Sound in a controlled release and join her 82-year-old mother, from whom she has been separated all this time.