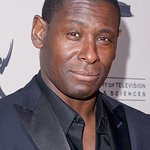 Actors David Harewood (best known for his role in the award-winning US TV drama ‘Homeland’), and Linda Robson (from legendary BBC comedy ‘Birds of a Feather’), have lent their voices to two online videos in support of the British Lung Foundation’s campaign to ban smoking in cars when children are present.

In a break from their previous acting roles, the two videos see both actors providing voices for toddlers, highlighting the need to give a voice to one in five children in the UK who are regularly exposed to the potentially dangerous concentrations of second-hand smoke in cars.
Legislation to ban smoking in cars when children are present is due to be discussed in the House of Lords as part of the Children and Families Bill in November.

David Harewood commented: "Like most parents, I would hate to see my children exposed to dangers of concentrated second-hand smoke in the car. Yet we know that this is regularly happening to over two million kids across the UK, either in their parents’ car or in the car of another adult. I, for one, am therefore proud to have spoken up for our children in calling for this important child protection measure to be made law".
Linda Robson explains the importance of supporting the campaign: "Having lost my father to lung cancer, I know only too well the devastating effect cigarette smoke can have. We know that children are even more vulnerable to the dangers of second-hand smoke than adults, especially within the confines of a car.

“We’ve already introduced a ban on smoking in public places to protect workers from second-hand smoke. Surely we can take this small step to protect our children too?”

Dr Penny Woods Chief executive of the BLF said: "We are delighted that Linda and David have donated their time and effort in supporting this vital child protection campaign.   "Research has shown that smoking in a car, even with the windows open or air conditioning on, can create levels of pollution deemed unsafe by World Health Organisation guidelines. With their smaller lungs, faster breathing and less-developed immune systems, children are even more susceptible to these dangers than adults.

“With one in five children still being exposed to passive smoke in a car, we hope that our videos will highlight just how important the need for a ban is in order to help protect their health”.

You can watch the videos here.