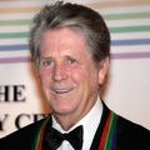 100% of the proceeds will provide scholarships and community support to inner-city students at San Miguel School Chicago.

Ticket holders to the limited-seating event will be treated to sets from headliners Brian Wilson (co-founder The Beach Boys) and Jeff Beck (Yardbirds), joined by Al Jardine and David Marks for an evening of historic musical collaboration. DJ A.T. will kick off the evening.

Jeff Beck ranks in the top 5 guitarists in Rolling Stone’s “100 Greatest Guitarists of All Time.” He has won seven Grammys, and was inducted into the Rock and Roll Hall of Fame twice: once as a member of the Yardbirds and as a solo artist.

Tickets for the School Rocks benefit concert are $300 and available at www.SanMiguelRocks.org or 773.890.0233.

Since 2007, School Rocks benefit concerts have raised $2.5 million for student scholarships. While 97% of San Miguel students live at or below the U.S. poverty rate, their high school graduation rate is 92%.

San Miguel School Chicago provides an innovative and accessible educational experience for children from inner-city families, so that they can complete high school with the skills, support and self-awareness to make the next productive choice in life. For information, please visit www.SanMiguelChicago.org.

The Fourth of July is right around the corner, and the USO is going to celebrate in a big way as it kicks off the 10th anniversary of its T-shirt campaign and a virtual summer concert series. More →