Rise Against Drummer Says No To Animal Tests At CU-Boulder 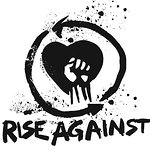 Rise Against drummer Brandon Barnes has sent a letter on PETA's behalf to his alma mater, the University of Colorado–Boulder (CU-Boulder), urging the school to replace all experiments on live animals in undergraduate science classes with modern simulation methods.

As Barnes points out in the letter, students at CU-Boulder currently decapitate frogs, force frightened rats to swim in water mazes, and cut open live rats to expose their hearts, even though superior non-animal methods exist and undergraduate science classes at CU-Denver are taught without using, hurting, or killing any animals.

“As a Colorado native and alumnus of CU-Boulder, I was horrified to learn from my friends at PETA that in undergraduate science classes at my alma mater, students cut off frogs’ heads and experiment on their organs, force terrified rats to swim in water mazes, and cut open live rats to observe their exposed beating hearts. After spending the last 14 years playing drums in the band Rise Against, whose primary messages are about fighting injustice, I feel compelled to weigh in on this important issue.

“Treating other sensitive, intelligent beings like disposable laboratory equipment is wrong, and—although I was a business and music major at CU-Boulder—I know that there must be better ways to teach undergraduates than by having them needlessly torment, maim, and kill hundreds of animals. In fact, apparently even CU’s campus in Denver, where I grew up, does not include any experiments on live animals in similar courses. I understand that experts such as CU-Boulder emeritus biology professor Dr. Marc Bekoff have provided your faculty members with information on interactive computer simulations and other humane methods available to teach students—a growing majority of whom now oppose animal testing—without hurting animals.

“As you know, CU-Boulder states that its institutional vision includes “[t]ransforming how we teach, discover, and share knowledge” and “[b]uilding a 21st-century learning environment.” It’s time for CU-Boulder to fulfill this vision by replacing archaic and cruel teaching methods with ones that are more modern, effective and humane."