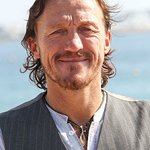 Big Band Musical director Debbie Curtis brings together over 30 UK stars and celebrities from music, stage and screen to record a charity single for worldwide release on December 8th.

Brought together by Big Band Musical Director Debbie Curtis, The 2 Track Single will raise money and awareness for the charity VIVA! (An International Voice For Animals) who campaign against animal cruelty, particularly ‘Factory Farming’.

VIVA! recently persuaded Amazon to ban the sale of Foie Gras due to the cruel forced feeding of Ducks; It’s just one of many achievements over 20 years of campaigning. Find out more here.

The project is further endorsed by numerous other stars, politicians and renowned business personalities.

The Single – entitled ‘Talk To The Animals’ by ‘Debbie Curtis Big Band Aid’ – features the celebrities vocals line by line. The title track is a cover from the original Doctor Dolittle Film starring Rex Harrison, with Debbie’s 17 strong swing orchestra providing the backing.

Recorded over 10 months, the finished single is now available to pre-order on iTunes and will also become available on Amazon mp3 on release day.

The second track, ‘All The Same’ is contemporary, written especially by Debbie and producer Chris Baker. Featuring a selection of the artists, the track includes a hard hitting rap from USA Slam Poet ‘Jared Paul’ who penned his own part and is intended to provoke reaction.

Supporting videos for both songs go on sale December 15th. The video for ‘All The Same’ will carry a warning that viewers may find some images upsetting.