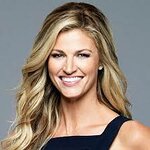 Fans are invited to witness the official lighting of L.A. LIVE’s 66-ft. artificial Sequoia tree covered with more than 120,000 cool white LED mini lights that seem to “dance with the music” being played throughout Nokia Plaza L.A. LIVE.

Hosted by FOX Sports Broadcaster Erin Andrews and featuring a holiday performance by Pia Toscano, and appearances by professional snowboarder and skateboarder Shaun White, fans attending the free event will find themselves experiencing “snowfall conditions” while participating in traditional winter activities in the street, such as sledding and making snow angels. No matter the weather, there will be snow!

The evening also will officially kick-off AEG’s Season of Giving, the company’s annual initiative designed to raise funds and generate awareness for non-profit organizations that serve youth and families residing in low income households in Los Angeles County. During the month of December, a different non-profit organization will be highlighted during a brief program at the Los Angeles Kings Holiday Ice at L.A. LIVE each evening.