Sharon Lawrence To Take Part In Women Of Vision Salute 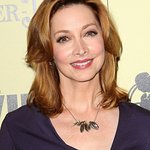 The Adrienne Shelly Foundation (ASF), a non-profit organization named after actor and filmmaker Adrienne Shelly, who was killed in 2006, will host its third annual Woman of Vision salute at the Museum of Modern Art (MoMA) December 12th at 7pm.

The event will feature a screening of honoree Ava DuVernay’s film “Middle of Nowhere,” for which she received the Best Director Award at the 2012 Sundance Film Festival and the John Cassavetes Independent Spirit Award. Following the screening, DuVernay will take part in a discussion and Q&A with Emmy-winning actor Sharon Lawrence (“Middle of Nowhere,” “NYPD Blue,” “Rizzoli & Isles,” “Drop Dead Diva”).

DuVernay is a writer, producer, director and distributor of independent film. Her directorial works include “I Will Follow,” “This is the Life” and ABC’s “Scandal.” She is currently prepping the Dr. Martin Luther King Jr. feature project, SELMA. DuVernay is a founder of AFFRM, a film distribution collective dedicated to African-American cinema, and sits on the boards of Film Independent as well as the Sundance Institute.

“Ava DuVernay embodies independent filmmaking,” said ASF founder and executive director Andy Ostroy, who is also Adrienne’s widower. “She’s an inspiration and role model to both aspiring and established female filmmakers. We’re thrilled to honor her at this year’s Woman of Vision.”

Added Ostroy, “We are also grateful for the tremendous support that we continue to receive from the filmmaking industry and our dedicated donors and patrons, who enable us to achieve our critical mission of supporting women filmmakers.” 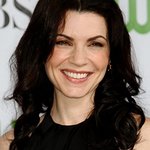 Lunch With The Stars For The Adrienne Shelly Foundation May 15, 2019

Dreaming of lunch with the stars? Here’s your chance. More →