American Humane Association, the nation’s first national humane organization, is pleased to announce that legendary singer and entertainer Donny Osmond is partnering with the organization to spread its enduring message of compassion, caring, and hope.

Donny recently took the time to shoot four public service announcements centered on the idea of building a more humane world, especially for children and animals, where American Humane Association serves as America’s only public charity working for the protection of both.

Billed as the “ultimate entertainer,” Donny recently embarked on the nationwide “Donny & Marie Christmas Tour” with his sister and longtime musical collaborator, Marie. Because of their dedication to protecting America’s most vulnerable, the tour producers are offering a special limited-time “Puppy Love” offer of $5 off per ticket for American Humane Association supporters. Plus, for every discounted ticket bought through a special website link, Donny and Marie are contributing $5 to American Humane Association.

At select tour stops, they will air a portion of the touching new “Red Star Rescue in Oklahoma” documentary from acclaimed filmmaker Ric Burns’s Steeplechase Films. This powerful film depicts what life was like for American Humane Association’s legendary Red Star animal rescue team during its month-long deployment to Moore, Oklahoma to rescue and care for the four-legged victims left in the wake of the deadly EF-5 tornado that struck the town on May 20 this year.

Fittingly, the “Donny & Marie Christmas Tour” kicked off in Tulsa, Okla. on December 1 and continued on to Oklahoma City December 3.

“I have a lifelong love of animals and children, and it is my pleasure to work with such an historical organization as American Humane Association,” said Donny Osmond. “I was especially touched by the work their Red Star team did this spring in Oklahoma, and everyone who takes advantage of our exclusive Christmas tour ticket offer will not only get to see a great show, but will help support a wonderful cause.”

Donny began his illustrious career in entertainment at the age of five, and over the course of five decades has earned 33 gold records, with sales of more than 100 million albums. He is currently working on his 60th album, with a scheduled release in 2014.

During his extensive career, Donny has been a singer, actor, triple-threat television series host (talk show, game show, variety show), best-selling author, commercial spokesman, motivational speaker, and even a race car driver. One of his most notable appearances was his starring role as Joseph in Sir Andrew Lloyd Webber’s Joseph and the Amazing Technicolor Dreamcoat, which broke records during its six-year run with more than 2,000 performances in the U.S. and Canada.

Five years ago, Donny and Marie announced they were reuniting for what was intended to be a six-month run headlining the legendary Flamingo Hotel on the Las Vegas Strip. “Donny & Marie” opened in September 2008 – and after only five weeks, the engagement was extended for two years due to unprecedented demand from around the world. It has since been extended yet again through the end of 2013. Earlier this year, the Las Vegas Review Journal bestowed a number of awards on the show and performers for the 2nd year running; Best Show, Best All-Around Performers for Donny and Marie, and Best Singer for Donny.

“Donny is such a passionate advocate for America’s children and animals, and we are grateful to him for filming these PSAs on behalf of American Humane Association,” said Dr. Robin Ganzert, American Humane Association’s President and CEO. “Indeed, Donny and Marie are an American institution, and for them to make this special ticket offer available to our friends and followers speaks volumes about their commitment to our 136-year old mission.”

The multi-city “Donny and Marie Christmas Tour” runs through December 21st. For dates for the multi-city to take advantage of the “Puppy Love” special ticket offer please visit www.donnyandmarietour.com/americanhumane and enter passcode puppylove. 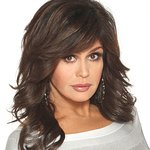