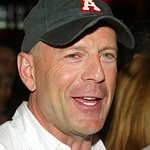 A year-long online motorcycle auction has raised nearly $25,000 — monies that will go toward furthering the Boot Campaign's dedication to cultivating awareness, promoting patriotism, and providing assistance to military, past and present, and their families.

The auction was made possible by a generous donation from actor Bruce Willis. In 2012, the Boot Campaign was blown away when it received news that Bruce Willis would be donating five motorcycles from his garage to use as a fundraiser for the national nonprofit organization.

Hosted on the website, Charity Buzz, the auction featured these five bikes from Willis’ personal collection:

Born on a military base in Germany, Bruce Willis has a long-standing commitment to supporting U.S. Armed Forces. “I wanted to use my bikes in a way that would benefit our military service members, and I am thankful to have found the Boot Campaign as the catalyst for using my bikes in a way that will give back to our country’s true heroes,” said Bruce Willis. “These bikes have been a lot of fun to ride, and my hope is they can do a lot of good for our veterans.”

The Boot Campaign would like to thank San Diego Harley Davidson, Hog Alley and ML Transports for their dedication to making each bike ready for auction and ensure its safe arrival at the homes of each auction winner.

The Boot Campaign is a national 501c3 nonprofit that is dedicated to showing tangible appreciation of our active military, raising awareness of the challenges they face upon return and supporting their transition home. The Boot Campaign cultivates awareness, promotes patriotism, and provides assistance to military, past and present, and their families. Through the sale of its signature military combat boots, general public donations, and corporate sponsorship, the Boot Campaign operates five distinct initiatives – Jobs, Housing, Wellness, Urgent Assistance and Family Support – that are caring for military personnel, past and present, healing from a variety of physical and emotional combat wounds, embodying the campaign motto that, “When They Come Back, We Give Back.”