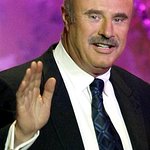 The young couple appeared on the show through the efforts of the Passion 4 K.I.D.S. charity to share their heartbreaking story of how their 18-month-old son, Izaiah, was internally decapitated and permanently paralyzed by an illegal and uninsured teen driver who was both drunk and high when he lost control of his car, violently crashing into the baby who was on the sidewalk being wheeled in his stroller by his grandpa on the way to the park.

After discussing their $1 million plus medical bills and daily struggles for Izaiah’s survival, Dr. Phil presented the couple with a brand new, top-of-the-line Acura Hybrid. In addition, he told how he was so saddened by this story that he was creating a page for Izaiah on the Dr. Phil Foundation website so that viewers around the world could contribute to help him at which point Dr. Phil kicked off the fundraising with a $10,000 contribution from the Dr. Phil Foundation.

Passion 4 K.I.D.S. has been helping Izaiah’s family since the accident and reached out to the Dr. Phil Show in an effort to have the family share the consequences of drunk driving during this holiday season in particular. While on the show, Izaiah’s parents spoke to the teen who paralyzed their son for the first time ever. Izaiah has severe brain damage, is paralyzed from the chest down, is on a ventilator with a feeding tube, tracheotomy and ilieostomy.

Stars Join Telethon for America on Election Eve to Get Out the Vote Oct 30, 2020

On Election Eve, Nov. 2nd, many of America’s biggest stars will join together for the second ever Telethon for America to create the biggest voter turnout in history and combat voter suppression and disinformation. More →