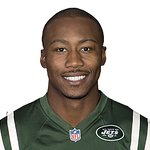 To kick off Super Bowl weekend in New York, Saks Fifth Avenue and Richard Salgado are hosting a private charity shopping evening benefitting The Big Daddy Foundation on Wednesday, January 29 from 6 to 9, with a private athletes lounge hosted by Giorgio Armani and special Versace pop-up shop.

Saks will donate 10% of sales from the event to The Big Daddy Foundation.