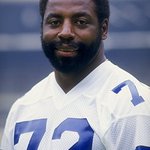 GoBowling.com is teaming with one of the biggest NFL legends of all time to host the 9th Annual NFL Foundation Super Bowl Celebrity Bowling Classic at Bowlmor Chelsea Piers.

Emceed by celebrated Super Bowl champion and football star, Ed “Too Tall” Jones, the tournament aims to increase awareness and bring in donations for the NFL Foundation.

“I’m so proud to once again team up with GoBowling.com to host this great event that combines two of America’s favorite pastimes, bowling and football, all to benefit a terrific cause. The Classic has become an annual tradition and its continued success speaks to both the enduring popularity and the fundraising power of bowling,” said Jones. “With more than 69 million people taking to the lanes every year, bowling is our nation’s number one participatory sport and an activity that can be enjoyed by people of any age, any background and from all walks of life.”

The NFL Foundation Super Bowl Celebrity Bowling Classic brings together fans and NFL heroes alike for an exciting day of bowling. Bowlers will be teamed up with current and former NFL stars, Pro Football Hall-of-Famers and wounded warriors from joint base McGuire Air Force, Fort Dix Army and Lakehurst Naval Air in New Jersey, who will serve as rotating celebrity captains throughout the event. Fans will get an opportunity to bowl and engage with the honorary legends on an up-close and personal level.

“There’s no other event like the Classic, a day where fans get to stand shoulder-to-shoulder with NFL legends in a fun and relaxed setting, and knock down some pins all for a great cause,” said Frank DeSocio, president of Strike Ten Entertainment (STE). STE is the centralized sponsor-activation arm for bowling and the creator of GoBowling.com, the top online destination for bowling fans.

Added DeSocio, “This will be a special year for the Classic as we host the game with one of the NFL’s ‘biggest’ legends of all time in the Big Apple. We’re also pleased to welcome a number of past and present NFL stars who will take part in the tournament.”

GoBowling.com encourages interested parties to sign up in teams of four for a total donation of $3,000 or for $750 per bowler. Guests of bowlers may also attend the event for a charge of $250 per person. Each bowler will receive a limited edition commemorative Super Bowl XLVIII bowling ball, pin and bowling shirt as well as a buffet meal and soft drinks. All proceeds will benefit the NFL Foundation, a non-profit organization. Interested parties should contact Tournament Director Nick Nicolosi at 201-489-0049 or n.nicolosi@verizon.net. 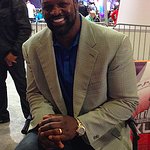 Former NFL star Jarrod Bunch has appeared in a number of films – such as Django Unchained, Rizzoli & Isles, and The Forgotten – and recently took time out of his busy schedule to talk to LookToTheStars.org about his charity work. More →