This week, the Animal Legal Defense Fund (ALDF) will host National Justice for Animals Week, Feb 16-22—a tribute to the human heroes who protect animals, and the animal victims of cruelty.

Actress Charlotte Ross, star of popular television shows like Glee and NYPD Blue, joins ALDF’s campaign as spokesperson. “As a detective on NYPD Blue, I fought for justice for victims of heinous crimes,” says Charlotte. “But you don’t need to be an officer of the law to stop abusers in their tracks. Every single one of us can join the fight to stop animal cruelty in our own communities.”

“ALDF’s National Justice for Animals Week gives each of us the tools to stop animal abuse, and urges law enforcement, prosecutors, and lawmakers to protect our animals and communities from abusers,” Charlotte explains.

National Justice for Animals Week provides way for all of us to take action for animals. From online ALDF action alerts, adoption campaigns, spreading the message with social media, signing the Animal Bill of Rights, to downloading ALDF’s Crime Tips app—where you can report animal cruelty to law enforcement with just a few clicks on your smartphone—ALDF’s National Justice for Animals Week makes it easy for you to speak up for animals. 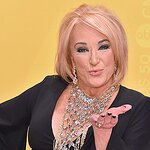 Award-winning music icon Tanya Tucker is joining forces with the Animal Legal Defense Fund to urge families to avoid roadside zoos. After a recent visit to Special Memories Zoo in Greenville, Wisconsin, Tucker was so disturbed by the conditions and health of the animals she felt compelled to stand up and advocate on their behalf. More →

True Blood's Kristin Bauer Speaks Out for Tony the Tiger