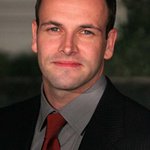 Jonny Lee Miller, who stars as Sherlock Holmes in the CBS hit TV show Elementary, is headed to Capitol Hill today – Thursday, February 27 – to speak at the Rare Disease Congressional Caucus briefing about the need to spur the development of lifesaving treatments for rare disease patients.

The briefing, entitled “Science Behind Rare Disease Policy,” is sponsored by Shire & Genzyme. It is a part of a full week of events on Capitol Hill hosted by the Rare Disease Legislative Advocates (RDLA) in celebration of international Rare Disease Day. Miller will be joined by more than 150 patients and parent advocates representing more than 80 different rare diseases.

More than 30 million Americans suffer from one of 7,000 rare diseases, less than 95 of which have approved treatments. Most of these diseases affect children and many are life-threatening. There is much more work to be done in Washington to spur the development of lifesaving treatments for rare disease patients.

Miller became an advocate for rare disease patients when his cameraman, Jeremy Weishaar, asked his colleagues to support a local fundraiser to help develop a treatment for his son Jonah who has Sanfilippo, an ultra-rare disease. Without treatment, Jonah is not likely to live to see his 18th birthday. Miller, who has a son the same age as Jonah, was compelled to take action. Last year, Miller help raised more than $170,000 for Jonah’s Just Begun- Foundation to Cure Sanfilippo by running two 50-mile ultra-marathons.

RDLA is a collaborative organization open to all members of the rare disease community with an interest in sharing ideas and advocating for the introduction or enactment of legislation. RDLA is a program of the EveryLife Foundation for Rare Diseases dedicated to accelerating biotech innovation for rare disease treatments through science-driven public policy. Find out more here.