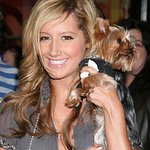 A host of celebrities have signed “Elephant Cards” for the latest Elephant Project auction to benefit the Alzheimer's Association.

Created in 2006 by 18-year old David Niederhoffer after his grandfather passed away from Alzheimer’s disease, the Elephant Project aims to raise awareness and funds for the Alzheimer’s Association, and to get teenagers more active in community service.

“There is a phrase that says ‘Elephants never forget’,” said Niederhoffer. “Alzheimer’s disease is a form of dementia… As I live relatively close to New York City, I wait outside of Broadway theaters and other events to meet each celebrity. After explaining to them what I am doing, I ask each celebrity to sign a business card that was custom made for this project. I also ask the celebrities to pose with either Trumpet the Elephant beanie baby or Peanut the Elephant beanie baby. All the pictures are printed out and auctioned off with the signed card. After I obtain a significant amount of signed cards/pictures, they are auctioned off on eBay. Each auction package also comes with an elephant beanie baby!”

Kristin Davis and Cynthia Nixon Reveal Their Films of Hope for UNHCR Nov 25, 2020

Movie lovers need to look no further for inspiration in these uncertain times as actress and UNHCR Ambassador Kristin Davis along with Sex and the City co-star and activist Cynthia Nixon release their personal film Watchlist today in a new video series from IMDb and UNHCR, the UN Refugee Agency called ‘Films of Hope’. More →
More news →