“A role model is somebody that does things because of what they believe in regardless of what other people think.” – Anne Hathaway

Actress, acclaimed New York soprano, and recognized as one of “the world’s 50 Most Beautiful People”, Anne Hathaway or “Annie” to her friends, notes that “it’s lovely to think that my audience is growing up with me”.

She credits an upbringing of “really strong values” with defining her shape as a person and no better portrayal is her time spent with The Lollipop Theater Network, a non-profit 501c3 organization dedicated to bringing the magic of movies currently in theaters to children confined to hospitals nationwide due to chronic or life-threatening illnesses. In 2008, she hosted a special screening of Get Smart for teenagers, and has also shown The Devil Wears Prada.

Her support and voice for children in need extends to additional humanitarian causes. Hathaway is a women’s rights honoree of both Elle magazine’s “Women in Hollywood” tribute and The Step Up Women’s Network, a national, nonprofit membership organization dedicated to connecting and advancing women and girls.

Since the age of 15 she has stood up for her brother’s sexual orientation, and in 2007 she spoke at The Human Rights Campaign gala, the largest lesbian, gay, bisexual, and transgender advocacy group and political action committee in the United States.

Hathaway encourages people to “make their voice heard” through the efforts of The Creative Coalition, a premier nonprofit, nonpartisan social and political advocacy organization of the entertainment industry, which educates and mobilizes leaders in the arts community on issues of public importance, specifically in the areas of First Amendment rights, arts advocacy and public education.

In 2012, following her wedding, Hathaway announced that she would split the money raised from selling her wedding photos would be split between Freedom to Marry – which campaigns for gay couples to have the right to wed – the American Cancer Society, St. Jude Children's Research Hospital, and The Girl Effect, a non-profit which helps impoverished young women.

As a vegan, Anne Hathaway is also concerned with animal rights.

Anne Hathaway has supported the following charities listed on this site:

Google trends for "Anne Hathaway"
Available to Insiders only
Get Insider Access to these insights & more...

You can contact Anne Hathaway using details from this service. (Or read our advice on how to contact celebrities)

Time to dust off those old “Runway” issues! Fans of the hit 2006 film The Devil Wears Prada will have the opportunity to bid on a private Zoom session with the film’s incredible cast – Meryl Streep, Anne Hathaway, Emily Blunt, and Stanley Tucci – for a 10-minute meet-and-greet with one lucky winner, all to benefit the incredible work of Lollipop Theater Network. More → 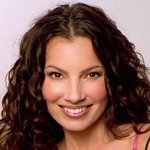