Time to dust off those old “Runway” issues! Fans of the hit 2006 film The Devil Wears Prada will have the opportunity to bid on a private Zoom session with the film’s incredible cast – Meryl Streep, Anne Hathaway, Emily Blunt, and Stanley Tucci – for a 10-minute meet-and-greet with one lucky winner, all to benefit the incredible work of Lollipop Theater Network.

The auction will be open until August 3 at www.charitybuzz.com/thedevilwearsprada

The Devil Wears Prada is a 2006 American comedy-drama film directed by David Frankel and produced by Wendy Finerman. The screenplay, written by Aline Brosh McKenna, is based on Lauren Weisberger’s 2003 novel of the same name. The film adaptation stars Meryl Streep as Miranda Priestly, a powerful fashion magazine editor, and Anne Hathaway as Andrea “Andy” Sachs, a college graduate who goes to New York City and lands a job as Priestly’s co-assistant. Emily Blunt and Stanley Tucci co-star as co-assistant Emily Charlton and art director Nigel Kipling, respectively.

The auction will benefit Lollipop Theater Network, which is celebrating its 20th anniversary this year. Since 2001, Lollipop Theater Network has created entertaining programming for children facing life-threatening illness nationwide. These programs give them the opportunity to experience magical escapes in the form of movie screenings of current films, music jams, artist days led by top Animation Studios, and visits by some of their favorite celebrities. Pre-COVID, Lollipop would host live film screenings and cast visits for young patients and their families, and with a small-but-mighty team, they have managed to drastically increase their programming since March 2020 with virtual film screenings, cast Zooms, and digital Story Times with some of today’s greatest actors, athletes, musicians, and artists. The Lollipop team immediately sprung to action, taking advantage of the new digital landscape and adding 13 additional hospitals to their programming roster, reaching a total of 48 hospitals all around the country and even in Canada – somewhere they never would have been able to “go” before! In 2019, Lollipop produced 178 special programs, and in 2020 increased that to 291, brightening the days of over 9,000 patients and their families.

“We are so thrilled to be celebrating our 20th anniversary with our amazing partners at Charitybuzz and the incredibly talented cast of The Devil Wears Prada,” said Lollipop Theater Network Executive Director Evelyn Iocolano. “We have seen the tremendous impact that these kinds of interactions have on our young patients, and now one lucky bidder will have the chance to experience it themselves, all while contributing much-needed funds to keep our programs up and running! Here’s to the next 20 years of Lollipop!”

Lollipop Theater Network has turned to Charitybuzz for more than a decade to auction off meet-and-greets and other incredible entertainment experiences to a community of hundreds of thousands of generous bidders. Charitybuzz has helped Lollipop unlock thousands of dollars of new, unrestricted funds to support their important work. 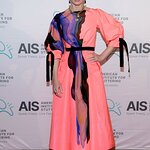