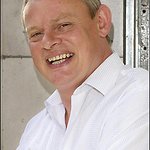 Celebrities who put pen to paper to raise much-needed cash for charity have raised over £9,000 for national charity Epilepsy Action.

A host of famous faces had their scribbles auctioned on eBay over ten days, with Martin Clunes' doodle going for the highest price at £500.

The celebrities donated their doodles as part of the National Doodle Day fundraising campaign, which kicked off on Friday 7 March. Clunes’ drawing, of an elephant from the rear, ranked highest of the top ten doodles, including those of Eddie Redmayne, Karl Pilkington, former Dr Who Colin Baker, pianist Stephen Hough, Emma Freud, Terry Gilliam, illustrator Axel Scheffler and artist Mark Kaiser.

National Doodle Day, supported by Dodo Pad, publishers of the original family ‘doodle’ diary, aims to get as many people doodling as possible. The event raises money to help support the 600,000 people across the UK with epilepsy.

Philippa Cartwright, fundraising events manager at Epilepsy Action said: “Every year we are overwhelmed with the positive support that we receive from celebrities and members of the public alike. The celebrity doodle auction is always a terrific success, raising thousands of pounds in much-needed funds for Epilepsy Action. It really does make a huge difference to people with epilepsy and their families.”

Members of the public still have until Friday 4 April to get in on the act by creating their own masterpiece and donating a pound to Epilepsy Action. There will be prizes for the best doodlers including arts and crafts vouchers and custom-made 3D doodles. All winners will get a certificate and will have their work displayed in the doodle Hall of Fame on the National Doodle Day website. Information on the celebrity auction and competition can be found at nationaldoodleday.org.uk.

Epilepsy affects around one in every 100 people in the UK alone and 87 people are diagnosed with the condition every day. Each year Epilepsy Action directly helps around one million people through a range of services, including its Epilepsy Helpline freephone 0808 800 5050, branch network, specialist nurse scheme and award-winning website, epilepsy.org.uk.

Stars Launch UK Version of Save With Stories Initiative Apr 22, 2020

Following the huge success of the US campaign led by actors Jennifer Garner and Amy Adams, Save the Children Ambassador Poppy Delevingne has launched the UK version of Save With Stories to help struggling families in the UK and around the world. More →