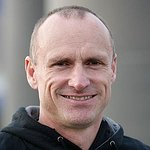 The International Court of Justice in The Hague today found in favor of Australia and New Zealand in the court case against Japan’s so-called Research Whaling in Antarctica.

Earthrace Conservation founder Pete Bethune, who was at the court for the original case in June 2013 and today to hear the verdict, said, “I am absolutely thrilled. Today will go down in history as a great day for whales, for conservation and for justice.”

He said, “The verdict makes Japan’s Research Whaling program, which has killed many thousands of whales in the name of science, illegal. It also halts any likely copycat programs from the likes of Russia and Korea which had the decision favored Japan had been expected to introduce research whaling programs of their own”.

Bethune had his boat, the Ady Gil, destroyed when it was run over by a Japanese security vessel in Antarctica in January 2010. He then spent five months in a maximum-security prison in Japan after he illegally boarded the vessel that had nearly taken the lives of himself and his crew.

This period saw such intense public outcry over research whaling, that the Australian government announced it was taking Japan to the International Court of Justice. Bethune remembers the day when he heard the news in prison. “I went down to meet my lawyer, and the first thing she said to me was Australia had taken the court action against Japan over whaling. I burst into tears. I was optimistic that any decent judicial system would find against Japan, and to finally see it become a realityis amazing.”

Bethune always felt that Japan’s case was weak. “They used a loophole in the original IWC regulations that allowed for nations to conduct their own research-whaling program”, he said.

“Japan argued the court had no jurisdiction to decide what legitimate research was, and that Japan could choose its research programs as it liked. They also presented some of their research findings, although all but the most one-eyed would accept them as being valued by the Scientific-community”.

The verdict is binding for all three countries and cannot be appealed. Japan has little choice now but to cease their whaling program in the Southern Ocean Whale Sanctuary.

Bethune spoke to several senior Japanese delegates after the verdict was announced and says they indicated that while they were very disappointed with the outcome, they would abide by the ruling and not go back to Antarctica.

According to Bethune, the one drawback with the court case is it only addressed Japan’s scientific whaling program in Antarctica. The verdict has now made this illegal, but it still leaves Japan free to continue with research whaling in the Northern Pacific.

Bethune now feels that his actions back in 2010 were not in vain and hopes that in some small way what happened to him contributed to today’s verdict.

“I lost my boat, spent five months in prison for peacefully protesting against what has now been confirmed as illegal activities, and was paraded around in Japan as a dangerous criminal which was difficult to take at the time. If all that was even a small part of the means to this happy ending, then I’m bloody happy to have gone through it all.” 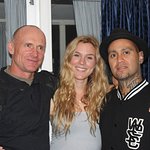 Joss Stone Helps Save Birds In New Zealand May 1, 2014

Superstar songbird Joss Stone somehow managed to find time in her whistle stop trip to New Zealand as part of her world tour to visit an island in the Waikato river where she planted trees with Pete Bethune of Earthrace Conservation and fellow musician, Tiki Taane, that will offer a safe haven to native birds. More →