Angela Simmons Speaks At Women On The Move Event 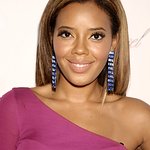 New York University’s Organization of Black Women hosted its 8th Annual Women on the Move panel in honor of Women’s month last week at the Kimmel Auditorium on NYU’s campus.

The panel was created to inform, educate, and empower young women by collaborating with strong female industry leaders who’s focus was to give students’ incredible insight on how to brand themselves, create their own careers and become their own bosses.

While New York University students enjoyed an extensive interactive panel with the guest speakers, they also received surprising revelations and answers to misconceptions about women in the entertainment industry. One being educational background or lack there of. But Tahiry and Miss Info both surprised audience members with their degrees; Tahiry receiving a bachelor degree from John Jay School of Criminal Justice and Miss Info a graduate from Columbia University.

Miss Info also revealed how hard it was being accepted as an Asian reporting on Hip Hop Culture in an African American dominated field in the beginning. Tahiry kept it real with the students and embraced her celebrity for looking good in a thong. But also explained the importance of maximizing opportunities given and creating a platform for a successful business; which she successfully has done from working as a bartender to now owning one of the hottest clubs in Harlem, NY, Suite 135.

Angela Simmons shut down the presumption that opportunity is given to her and that her celebrity family financially supports her. Angela let the audience know her dad (Rev Run of Run DMC) and uncle (Russell Simmons) are there for advice. But her entrepreneurial ventures she’s created on her own and actually has to fight harder because of those presumptions.

Akinah Rahmaan, who’s worked for ad agencies, was a music supervisor for a film company, to her position at the music label, lets students know its ok to start over and try new things at any age until you find your passion.

Cleo Wade, who is known in the blogs for being Katy Perry’s best friend, is more that what you read. She’s also a very well known and established celebrity fashion stylist as well as fashion consultant for major brands like Alice and Olivia.

In the past, WOTM has had incredible speakers such as journalist and Political industry tycoon, Danyel Smith, author, NBC Talk Stoop’s Cat Greenleaf, and District 21 Council Member Julissa Ferreras (the first elected Latina council in the borough of Queens).

To find out more about Women On The Move please visit www.womenonthemove.org.