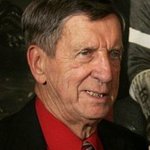 Ted Lindsay's incredible career with the Detroit Red Wings earned him a place in the NHL’s Hockey Hall of Fame. However, families and children at the Beaumont Children’s Hospital HOPE Center consider Lindsay a legend for his work off the ice. Since 2001, the Ted Lindsay Foundation has funded academic research and the continued work of autism programs.

In conjunction with World Autism Day, the Ted Lindsay Foundation is
donating $1 million to expand and create a new facility for the HOPE
Center, which provides Hands-On Parent Education (HOPE) to families of children with autism spectrum disorders and other developmental disorders.

To recognize this generous gift, Beaumont Health System will rename the center in Mr. Lindsay’s honor. From this day forward, parents seeking the best therapeutic programs and resources for children with autism will bring their children to the “Ted Lindsay Foundation HOPE Center.”

“It’s not just the child that has autism. It’s the whole family that has autism. It’s not a one person thing,” Lindsay said. Lindsay’s friend, John Czarnecki, inspired the hockey legend to support autism research. Doctors diagnosed Czarnecki’s son, Dominic, with autism.
Since that day, Czarnecki, Lindsay and the Foundation have worked together to create and grow the impact of The Ted Lindsay Foundation.

According to research released by the Centers for Disease Control and Prevention last week, about one in 68 children get diagnosed with an autism spectrum disorder (ASD). This is a 30 percent increase compared to previous estimates. ASD occurs almost five times more frequently in boys than girls.

HOPE Center Director Lori Warner, Ph.D., said the support from the Ted Lindsay Foundation has been instrumental to the program’s success. “They felt our passion and they wanted to support us in any way they could. We felt immediately energized because we knew they understood our mission. They cared about us. Their kindness and their generosity have allowed us to do things we didn’t think were possible,” Dr. Warner says.

Dr. Warner’s work continues to exceed Lindsay’s expectations. “When I saw what they were accomplishing in the facility she has now, I figured, this is where we have to help her, so she can do a better job. When you’re professional the way they are, it’s right that they have the best facilities possible to treat these kids,” Lindsay says.

Margaret Cooney Casey, president of the Beaumont Foundation, adds, “Mr. Lindsay’s passion for helping children with autism spectrum disorders is inspiring. We are very grateful for the Foundation’s investment in the HOPE Center and all of the life-changing work they do.”

In 2012, the Ted Lindsay Foundation donated $64,000 to purchase electronic tablets and netbooks for the center. The funding also provided autism treatment scholarships for children. “To me, iPads don’t mean a thing. But, it means an awful lot to the doctors and the kids,” Lindsay says. “A kid…who couldn’t communicate in words, took the iPad and wrote, ‘Mom, I love you.’ That was the first time the mother had seen that. Never heard it, but she saw it. Can you imagine what kind of feeling that would be?”

Because of the intensive and time-consuming nature of autism treatment, getting help for children with autism can be difficult for many families, often causing them to delay therapy or not seek it at all. The Ted Lindsay Foundation HOPE Center has focused on easing the financial burden by providing need-based treatment scholarships that cover up to 75 percent of expenses. In 2013, the center awarded $63,000 in scholarships to children at the HOPE Center for therapy sessions.