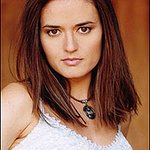 Lockheed Martin will host education advocate Danica McKellar at the upcoming USA Science & Engineering Festival to discuss the mathematics behind the hit animated film “Flatland: The Movie,” and its 2012 sequel, “Flatland 2: Sphereland” – two productions highly acclaimed for their creative use of math and sci-fi inventiveness.

Presently competing on the new season of Dancing With The Stars, McKellar is well-known for her starring roles on the television series The Wonder Years and The West Wing and for her candid, bestselling books that motivate girls in mathematics: Math Doesn’t Suck, Kiss My Math, Hot X: Algebra Exposed, and Girls Get Curves: Geometry Takes Shape. Joining McKellar at the festival will be acclaimed Flatland filmmakers Seth Caplan and Dano Johnson.

“Movies and television play an important role in shaping the narrative for kids around STEM,” said Dr. Ray O. Johnson, Festival co-founder and Lockheed Martin senior vice president and chief technology officer. “Danica has been a tremendous education advocate not only on screen, but also through her STEM-focused books to help make math more accessible and relevant to girls.”

McKellar will be featured on the Lockheed Martin stage among a rotation of inventors, entrepreneurs and celebrities April 26-27, 2014 at the Walter E. Washington Convention Center in Washington, D.C.

In addition to the stage, Lockheed Martin engineers and technologists will showcase awe-inspiring technologies and interactive, hands-on exhibits in the areas of advanced aeronautics, data analytics, scientific discovery, nanotechnologies, robotics and energy.

More than 500,000 people participated in the events leading up to the 2012 USA Science & Engineering Festival. The two-day Expo at the Walter E. Washington Convention Center draws students, parents, teachers, as well as organizations and companies interested in investing in STEM education. To learn more about Lockheed Martin’s involvement in the festival, as well as details on the exhibits, click here.

A Galaxy Of Human And Animal Stars Team Up For Night Of Unforgettable Television Oct 18, 2017

For animal lovers and star gazers, it’s television’s biggest night of the year….and it’s coming soon. Following nearly a million votes by the American public, the nation’s most courageous canines of the year will be revealed on the American Humane Hero Dog Awards, sponsored by the Lois Pope LIFE Foundation, Inc. and broadcast nationwide on Hallmark Channel October 25 at 8 pm/7 CT. More →