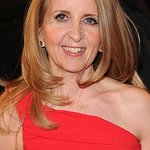 Scottish TV presenter and nutritionist Gillian McKeith has spoken out on why circuses with wild animal acts should be banned in Scotland.

“When I was a wee girl, I was taken to the circus by my family, as many of us were,” she said via Animal Defenders International. “I watched tigers jump through fiery hoops and a ringmaster perform what appeared to be death-defying stunts with lions. As I grew up I realised those few moments of entertainment came at a terrible price for the animals. Once I was aware of the suffering involved, I vowed never to take my children to a circus with wild animals; I hope you will too.”

On tour
“Circuses aren’t based in just one place; they tour towns and cities across the country. The animals are forced to endure constant travel and small, temporary accommodation. It is hard to imagine what this must be like for wild animals who would naturally be hunting prey, roaming the African plains and living with their extended families.”

Dominance
“Training these often dangerous animals to perform unnatural tricks requires dominance and close control, which commonly leads to violence. Undercover investigations of circuses by organisations like Animal Defenders International have shown how animals are whipped and beaten into submission. Several circus workers have been convicted for animal cruelty as a result of their shocking findings.”

Constant chaining
“The UK’s last circus elephant was probably also one of the last wild circus animals to visit Scotland. Elderly and arthritic, Anne was officially ‘retired’ from performing, yet she was still forced to tour with the circus so that spectators could pose with her for photos. One year when the Bobby Roberts Super Circus came to Scotland, Anne was loaded into a transporter for a 25 mile journey. The drive itself lasted 45 minutes, but Anne was locked inside for over 17 hours.

“Animal Defenders International continued to monitor Anne and later exposed her constant chaining and terrible beatings at the circus’ winter quarters in 2011. The public was outraged, and Anne was re-homed. Her circus days are now behind her, but the door is still open for circuses to tour Scotland with wild animals.”

Risk
“Although no Scottish circuses currently feature wild animal acts, circuses from elsewhere do tour here and if we don’t act now, we could once again see elephants and other wild animals performing in Scotland. Across the border in England, there are two circuses still forcing wild animals to perform tricks, one with lions and tigers.

“Animal experts, politicians and the public all agree – wild animals do not belong in circuses. Circuses using wild animals teach children that it is okay to force them to perform tricks for our amusement instead of fostering compassion and inspiring education.”

Consultation
“Scotland has a chance now to ensure that we never see wild animals suffering on our soil again. We have until midnight tonight to speak out for circus animals in the Scottish Government’s consultation. I am joining Animal Defenders International to call for a ban on wild animal circuses, and I hope you will too.

Celebrities Back Bipartisan Federal Bill to End the Use of Wild and Exotic Animals in Circuses Nov 23, 2021

A variety of celebrities came together last week in support of a federal bill to end the suffering of wild and exotic animals in traveling acts in the US. More →