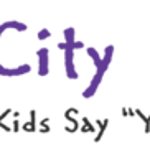 The stars will be out for this year’s 5th annual Shakespear Challenge.

“Can there be a more joyous way to spend a morning than watching pre-teens glorying in Shakespeare’s characters and language?” says Shimerman. “I don’t think so. City Hearts gives that magical learning opportunity to the children of Los Angeles. So why do I do it? Why do I judge? The answer is simple: I’m selfish. They give me the best seat in the house!”

“This event is the culmination of a year’s worth of hard work for over 300 students from Los Angeles’ inner city communities who have participated in City Hearts’ Arts programming in Shakespeare, Dance, Musical Theatre and Photography,” explains Sherry Jason, City Hearts founder. In 1977, as a new Lawyer, Jason toured Central Juvenile Hall and met a boy having his first piano lesson. A prodigy, playing Mozart by ear and at 13, a convicted murderer… She walked away wondering what would have been his case history if he had met the piano before guns and gangs. Thus began the story of City Hearts. “Shakespeare Challenge is one of the wonderful opportunity City Hearts has created so our students can explore their talents and see a different vision for their lives,” Jason adds.

Will Geer’s Theatricum Botanicum is the perfect venue for an event such as this. Geer built his theater to reach out into the community and bring quality productions to those who haven’t experienced them before or are unable to find resources within their community. Shakespeare Challenge carries on the tradition Geer began years ago and is continued by his family.

“Shakespeare Challenge 2014 will begin with a competition between 72 students performing scenes from Macbeth to a Midsummer Nights Dream before our panel of judges and audience members,” explains Jason. “The event is so important to our students, that many of the youths competing have done so since Challenge’s inception. As always, we have a number of young people competing for the first time. We applaud the courage and effort each individual takes in preparing and performing these challenging monologs and scenes.”

The afternoon will continue with various dance and performing recitals as well as Photography Exhibitions from some of the amazing young photographers who train with professional Photographers, Raul Vega, Brian Nieman and Katie Dalsemer. “Some of the photographs previewed at this year’s Challenge may also be a part of our Fresh Focus 2014, Photography Exhibit and Auction, to be held on October 19th of this year,” Jason adds.

City Hearts: Kids Say Yes to the Arts, the non-profit Arts organization that has been reaching out to at-risk children for almost 30 years, is pleased to announce that Max Adler (Glee’s Dave Karofsky, Switched at Birth’s Miles Conroy) will kick off Fresh Focus 2014 – setting in motion two very different online auction websites (Bidding for Good and Charity Buzz) October 1st at noon. More →