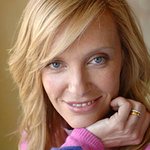 “It was an incredibly special day for our community as we honored Siobhan Walsh, without whom Concern Worldwide U.S. would not exist,” says Dr. Joseph Cahalan, CEO of Concern Worldwide U.S. “We were also thrilled to formally recognize our Global Ambassador, Toni Collette, who is using her celebrity to shine a light on the needs of people living in some of the most neglected and vulnerable places on earth.”

Siobhan and Toni were received on the stage with standing ovations, and members of the Concern community were thrilled to show their support for these incredible women. Held at the Pierre Hotel, it was the most successful luncheon in Concern’s history, with over 400 guests and over $384,000 raised for Concern’s programs fighting poverty.

It was a truly remarkable day, and Concern thanks everyone who helped to make this day possible.

Good Vibes at the Music Lodge as Talent Supports Their Charities During Sundance Feb 4, 2020

MUSIC LODGE, held during the Sundance Film Festival, is a venue that hosts the Associated Press Festival Headquarters and features music performances, giving the lodge its motto as “Media is our business, Music is our heritage.” Over its 16-year history, Music Lodge has also strongly focused on annual support for nonprofits. More →