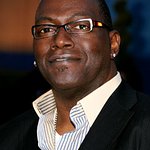 Everyday Health, Inc., a leading digital health and wellness company, today announced that it has partnered with television personality and diabetes advocate Randy Jackson to create a highly engaging and informative package of consumer-facing digital resources on diabetes.

The new multimedia platform, called “Diabetes Step by Step,” will provide awareness, education and support for people living with diabetes.

As part of this new partnership, Randy Jackson will mentor and inspire people who are living with diabetes through blogs, video content and a diabetes awareness screening program. The program will run live in several cities during American Diabetes Month in November 2014.

Best known as the longest-standing judge on one of the highest rated television shows of all time, American Idol, Jackson is an iconic figure in pop music. A fearless and forward-thinking mentality has guided him from musician, songwriter and Grammy Award-winning producer to revered record-industry executive, business entrepreneur, best-selling author and talent manager, all stemming from Jackson’s passion for music.

While his passion for music has been life-long, Jackson’s interest in health began with his diagnosis of type 2 diabetes in 1999. He changed his diet and exercise routine to combat the illness. Inspired by his journey, Jackson authored the book, “Body with Soul: Slash Sugar, Cut Cholesterol and Get a Jump on Your Best Health Ever,” in 2008, to share his story and offer advice about how to prevent diabetes. A supporter of many charitable organizations, Jackson has served as the spokesperson for the American Heart Association's “Heart of Diabetes” campaign. By working with Everyday Health, Jackson will be able to inspire and share valuable information about preventing and living with diabetes to his biggest audience to date, with access to the over 43 million consumers who use Everyday Health properties on a monthly basis.

“We are honored to partner with Randy Jackson and are truly fortunate to be able to leverage his personal experiences with diabetes,” said Ben Wolin, CEO and Co-Founder of Everyday Health. “Like our other Everyday Health properties, the new Diabetes Step by Step platform will offer users valuable information and content tailored to their personal interests and health and wellness needs. Having Randy on board as a mentor will be a huge boon as we build out content.”

“I look forward to working with Everyday Health to develop this exciting new platform,” said Randy Jackson. “Diabetes is an issue that is near and dear to my heart, and this is a tremendous opportunity to educate people on diabetes prevention and control.”