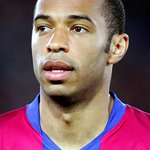 The Elton John AIDS Foundation is giving you the chance to win some fantastic football memorabilia, simply by supporting its work in creating an AIDS free future.

To be in to win, click here and show your support for the Elton John AIDS Foundation before July 14.

The 29th annual Elton John AIDS Foundation Academy Awards Pre- Party will be hosted by Emmy and Tony Award-winning actor and New York Times bestselling author Neil Patrick Harris alongside Sir Elton John and David Furnish, with a stripped back performance by GRAMMY Award-winning artist Dua Lipa for the virtual event on April 25, 2021, plus other names to be announced. More →