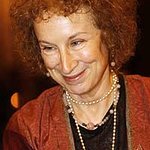 A project to change Midhurst, a farming village of 3,500 people, into a suburban city of 30,000 is underway in Ontario, Canada due to a loophole in the provincial government’s development legislation – the loophole was created specifically and solely for Midhurst.

Outraged citizens have started a petition on change.org, and author Margaret Atwood has joined the cause.

At risk, the villagers claim, are 2,000 acres of prime farmland that they do not want to see paved over with cement.

“If you’ve got prime farmland, why don’t you use it as prime farmland?” says Atwood. “It took 13,000 years to build that soil. Once that soil is gone, it’s gone.”

The petition also claims at risk are the Minesing wetlands through which up to 10.6 million litres of effluent (about the volume of seven Olympic swimming pools) would flow from the developer’s sewage treatment plant every day according to the plan.

“That’s going to flow down a small creek into one of the most significant wetlands on the face of the planet,” says Atwood. “The citizens need to know who is making the decisions that are going to wreck their lives or improve their lives. We always hope for improvement but this is a life wrecking event right here going on.”

With a new majority government in Ontario, whose premier promised Midhurst during her campaigning that she would look into things, Atwood says, “It’s within [the premier’s] power to review the process, find out what did go on in that back room under the table, and set it right. It’s no longer the era of ‘We can do things under the table in small places and nobody will notice.’”

You can read about and join the change.org petition to the Ontario government to stop the development plan here.