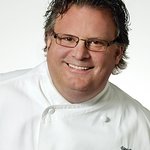 The International Rescue Committee's young professional group, GenR, will host their 4th Annual summer party to raise funds and highlight the IRC’s programs, both domestic and international, which empower refugees and people who have been displaced by conflict, political oppression, religious persecution or natural disaster and help them to rebuild their lives.

The event will take place at the David Burke Garden at The James Hotel, 23 Grand Street, SOHO on Wednesday, July 16th

The International Rescue Committee (IRC) responds to the world’s worst humanitarian crises and helps people to survive and rebuild their lives. For 80 years, we have offered lifesaving care and life-changing assistance to refugees forced to flee from conflict or disaster. At work today in over 40 countries and 22 U.S. cities, the IRC leads the way from harm to home. For more information, visit rescue.org.

GenR (Generation Rescue) is a dynamic, diverse group of young professionals who have joined forces to advance the humanitarian work of the International Rescue Committee (IRC). Inspired, informed and influential, GenR members engage their communities in support of the IRC through a range of advocacy, education networking and fundraising activities