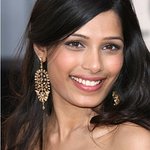 Freida Pinto joined the UK government’s first ever Girl Summit on Tuesday 22 July to tackle violence against girls around the world.

The Slumdog Millionaire star represented Plan International in her role as a global ambassador for Plan’s Because I am a Girl campaign.

The event aims to mobilise efforts to end child marriage and female genital mutilation (FGM) in a generation and secure commitments on global action.

“I’ve seen first-hand the devastating impact child marriage can have on young girls,” says Freida. “This summit is an opportunity to shine a light on violence against girls globally and to rally support for the fight to end it. Globally, we will not see an end to these practices unless we all work together.”

As a Plan ambassador, Freida has visited projects in Ethiopia, Sierra Leone and India to promote girls’ education and tackle violence against girls. She also advocates for Plan’s Because I am a Girl campaign, the biggest global campaign for girls’ rights. It has reached 58 million girls worldwide to date, including work to eradicate female genital mutilation (FGM) and early or forced marriage (EFM).

“We can end FGM and child marriage in a generation,” says Plan UK CEO Tanya Barron. “If a girl knows her rights, and her community knows the risks, cases will come down over time.”

More than 125 million girls and women have undergone FGM around the world, while a girl is married every two seconds. Child brides and FGM survivors are among the most vulnerable girls in the world – suffering adverse health and limited opportunities.

“Practices like FGM and child or early and forced marriages rob girls of the right to choose their own future,” says Department for International Development Secretary of State Justine Greening. “Freida is committed to improving the lives of girls and women across the world and I am delighted she is joining us at the Girl Summit.” 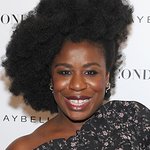 Glamour's The Girl Project Hosts Rally In Celebration Of International Day Of The Girl Oct 12, 2017

In celebration of the International Day of the Girl, Glamour yesterday hosted a high-energy, interactive morning full of compelling talks and performances designed to address the social, cultural, and political issues that young girls face every day in school. More →