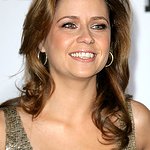 Fort Wayne native and The Office star Jenna Fischer is joining PETA and other members of the public in calling on the Indiana State Fair to stop offering elephant rides provided by the notorious Carson & Barnes Circus.

In her letter, Fischer, a mother of two, points out that forcing elephants to give rides and perform out of fear of punishment fails to teach kids about kindness—and it also places them in danger, as abused elephants have been known to lash out in frustration.

“You may not know this, but I was born in Fort Wayne, Indiana,” she wrote. "As a proud Indiana native, I am writing with regard to the Indiana State Fair, which is being held now through August 17, to ask, with all due respect, that you cancel the elephant rides. I understand that at first glance, the rides might seem innocuous, but the reality is that all too often these animals are subjected to extremely abusive training — they are beaten with metal bullhooks on the most sensitive parts of their bodies and shocked with electric prods until they lose the will to fight back.

“Unlike me and others in the entertainment business, these animals do not choose to perform, and also unlike me, they suffer horribly in order to do so. I am hoping that you will make the kind decision to cancel the elephant rides immediately.

“I’m a mother of two. I love family-friendly events such as the fair, and I also appreciate having the opportunity to introduce my children to various animals. But as an animal advocate, I like to find the most responsible and humane ways for my kids to interact with animals — not only for the animals but also for my children so that they learn about kindness and compassion. Elephant rides seem innocent enough, but in truth, they are not. I didn’t know about the abuse that elephants who are made to perform face until I did a little investigating.

“For example, I understand that the elephants giving rides at the fair have been provided by Carson & Barnes Circus, which is an outfit that is notorious for its mistreatment of animals and has more than 100 federal Animal Welfare Act violations. Last year, under oath, a citizen detailed a Carson & Barnes handler’s attack on an elephant. According to the eyewitness, the handler forcefully struck the elephant with a bullhook until the animal screamed. Carson & Barnes’ head trainer, Tim Frisco, is seen here viciously attacking confused and terrified elephants. This video haunts me, and it’s terrible to think that this is just a typical training session. Carson & Barnes also supplied the elephants who escaped from the children’s ride area at a Shrine circus in March. And certainly, you recall the 2009 incident in which at least a dozen children were injured when an elephant giving rides at your fairgrounds bumped into the mobile staircase where children were waiting. Unfortunately, these animals are frightened, stressed, tired, and overworked, and this combination makes them unpredictable — which also makes them dangerous.

“Offering elephant rides is promoting animal abuse, even if we aren’t the ones swinging the bullhook or restricting the elephants’ movements with chains. I, along with PETA, kindly ask that you cancel the elephant rides now and keep them out of your lineup in the future. I have no doubt that the Indiana State Fair would be successful and entertaining without these rides. It would make me proud to know that the state where I was born had taken a stand for animal protection.”