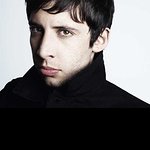 Example said: “I’ve always been totally against the idea of artists charging fans for a meet and greet. Especially some acts who think it’s okay to charge £1,000 for a quick handshake and keep all the proceeds for themselves. On my UK tour this autumn I will be offering my fans the chance for a meet and greet backstage – photo, chat, signature, an optional tshirt, maybe even a hug! – but I will be giving all proceeds to Teenage Cancer Trust who I am proud to represent as an ambassador.”

The tour will take him to 26 towns and cities later this year ahead of the release of his new single “10 Million People” on 5 October.

The live arena is where Example is a true master. Renowned for his monstrous live sets, he is set to once again transform venues across the country in to colossal party scenes.

Elliot Gleave, aka Example, has been a long-time supporter of Teenage Cancer Trust since headlining one of the charity’s Royal Albert Hall concerts in 2012. He became a TCT ambassador in 2013.

He has since gone on to raise over £20,000 via guest list donations from his arena tour and last year donated items of clothing for another special eBay auction, featuring trainers and jackets he had worn whilst performing on stage, in press shots and in music videos. Example has also visited many young cancer patients on Teenage Cancer Trust units across the UK.