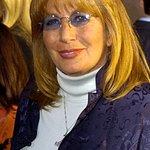 Penny Marshall, star of Laverne & Shirley, film producer and television director, is taking a stand against Wayne State University in Detroit, Michigan after discovering that experimenters named a dog after her character Laverne only to perform painful heart experiments on her involving cutting the dogs chest open and forcing it to run on a treadmill.

“I still remember the episode on the hit TV sitcom Laverne & Shirley in which my character, Laverne, and her friend Shirley handcuffed themselves to a dog destined for euthanasia at the pound in an effort to save his life,” wrote Penny. "The dog was ultimately spared and found a loving home at the end of the episode.

“Tragically, a dog given my character’s name – as well as many others like her – met the opposite fate in horrific heart failure experiments at Wayne State University. I am writing to urge you to immediately end these cruel, unnecessary experiments and instead focus on human-relevant research. Two decades of these experiments – which have not translated into benefits for Americans suffering from heart disease – is quite high.

“Researchers have gained far greater insight into the causes of heart failure from epidemiological studies such as the Framingham Study and the Methodist study. In addition, human-relevant basic science studies and human clinical trials offer reliable information about this problem and other cardiac disorders.”

To find out more information on how you can help, click here.

PETA President Ingrid Newkirk has made the following statement regarding the death of Penny Marshall: More →