British Stars Unite To Support Campaign For Dogs In Laboratories 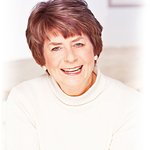 John Nettles, Sue Johnston, Pam Ayres and Wendy Turner Webster have united to support a campaign for dogs in laboratories to be found new homes.

The high-profile actors, author and journalist have joined with the BUAV in its campaign to make it mandatory for dogs, cats and other animals to be found homes, where possible, after their use in laboratories.

Every year hundreds of cats and thousands of dogs suffer and die in experiments in the UK. Many animals may be used but not killed as part of the experiment, and others are bred for research but not used. All of whom could feasibly be found homes.

John Nettles, said: "I was surprised, and saddened, to learn from the BUAV that there are many animals bred for research but not used and considered ‘surplus to requirements.’ However, without any effort to release or find homes for them outside the laboratory, these animals are simply killed. They should not be denied the opportunity of freedom so please join me in calling on the Home Office to make the homing of cats, dogs and other animals “no longer required” a mandatory requirement for laboratories."

Sue Johnston said: “It is shocking that there is no requirement for laboratories to release dogs once they are no longer required in research. Many could be given the chance to find a home, which is why I support the BUAV’s campaign that laboratories should be required to find homes for animals, wherever possible, rather than kill them and deny them a chance at happiness and freedom.”

Pam Ayres said: “Whatever the arguments in favour might be, I detest the sight of animals in laboratories being used in this way. I feel saddened and revolted that their desolate lives end in euthanasia. Certainly if any of these animals are in a condition where they can enjoy a new, loving home, I am massively in favour of them having one. I would love to think that any animal, from a mouse to a beagle, could finally have loving care and a safe home.”

Wendy Turner Webster said: “I fully back the BUAV’s call that laboratories should be required to work with reputable animal shelters and organisations to find homes for animals who are no longer required, rather than kill them. These animals deserve a chance to find happiness… they are not soiled goods which are only fit for the scrap heap.”

The BUAV is calling for Home Office Minister, Norman Baker, to make the release of such cats, dogs and other animals a mandatory requirement for laboratories. The organisation argues that laboratories should be required to work with reputable animal shelters and organisations to find homes for these animals rather than simply kill them.

A BUAV investigation in 2013, at a UK laboratory, revealed that beagle puppies and adult dogs were killed because it was easier than finding them homes. This is despite an EU Directive on animal experiments that states ‘…..animals such as dogs and cats should be allowed to be rehomed in families as there is a high level of public concern as to the fate of such animals’. The BUAV was able to home three such beagles due to be killed – Bonnie, Billie and Oliver – and is publicising their stories to illustrate why animals no longer required by the research industry deserve to be given their freedom and found loving homes.

The BUAV’s Dr Katy Taylor, who adopted Bonnie, one of the adult beagles used for breeding said: “Bonnie is now an extremely happy dog. Her joy at seeing us in the morning is a delight. She wags her tail so much and adores going for walks. It is heart breaking to think that she was due to be killed, like the other breeding females in the laboratory, so would never have experienced the joy of her new life and freedom”

CEO of the BUAV, Michelle Thew, said: “We are grateful that all these wonderfully high-profile spokespeople are using their voices to speak out for those animals who are not being given the chance to experience the happy lives that Bonnie, Billie and Oliver now have. We know that the public are behind us on this call for homing to become a mandatory requirement and we urge the Home Office to respond to our request.”