British Union for the Abolition of Vivisection Celebrity Supporters & Events

For over 100 years the BUAV has been campaigning peacefully to create a world where nobody wants or believes we need to experiment on animals.

The BUAV is widely respected as an authority on animal testing issues and is frequently called upon by governments, media, corporations and official bodies for its advice or expert opinion.

They work lawfully and professionally, building relationships with MPs, MEPs, business leaders and other decision-makers. They also analyse legislation and sit on decision-making panels around the globe to act as the voice for animals in laboratories.

They do not receive any government funding or lottery money, and rely completely on the generosity of their supporters.

British Union for the Abolition of Vivisection has received support from the following celebrities listed on this site:

Activity
Social reach
Google trends for "British Union for the Abolition of Vivisection"
Available to Insiders only
Get Insider Access to these insights & more... 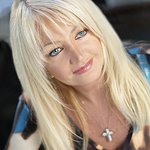 Internationally acclaimed singer Bonnie Tyler has joined with the BUAV in its campaign to make it mandatory for dogs, cats and other animals to be found homes, where possible, after their use in laboratories. More →

Iconic English actress Joanna Lumley OBE has joined the BUAV in calling for action after the organisation exposed the grim reality of life for monkeys behind the closed doors of one leading European research laboratory. More →
More news about British Union for the Abolition of Vivisection →

We don't have any videos related to British Union for the Abolition of Vivisection.