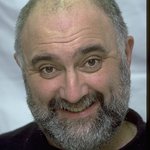 Comedian and author, Alexei Sayle has joined with the BUAV as the organisation announces the delivery of its new report ‘What is happening to cats?’

The report, to be delivered to the Home Office, is a critical analysis of kitten and cat experiments carried out in the UK.

Alexei said: “As a cat owner myself I know what wonderful companions they can be and how affectionate, intelligent and playful. That is why I am joining with the BUAV to ask the UK Government to bring an end to the use of all cats in experimentation. It is time to stop this cruel and unnecessary suffering.”

The BUAV has carried out a comprehensive review of scientific literature involving cat experiments in the UK. Their findings provide a shocking insight into the suffering and cruelty cats and kittens endure in UK universities that will horrify all those concerned with animal welfare – over the last five years, from 2008 to 2012 inclusive, at least 855 cats were used in 1,304 experiments.

Much of it driven by university researchers who want to find out how cats ‘work’, experiments carried out included:

The rationale underlying all animal experiments in the UK is that the ‘ends justify the means’ and that animal suffering and loss of life is permissible if it is of benefit to humans or other animals. Yet, as the BUAV Report outlines, the information gained from cat research has little direct relevance to humans because of the fundamental nature of the work and the substantial differences between the two species. Research on cats is cruel, unnecessary and unpopular. Sophisticated, humane and human-relevant techniques can be used instead. The BUAV is calling on the Government to listen to public opinion and take decisive action to ban experiments on cats.

In 2012, there was public outcry after the BUAV uncovered research at Cardiff University on litters of new born kittens who were raised in total darkness or deprived of sight in one eye by having their eyelids sewn shut. After 12 weeks, the kittens were anaesthetised and their skulls cut open to expose their brains. Images were taken of their brains’ responses to visual stimuli, after which the kittens were killed and parts of their brains removed for further analysis.

In a more recent publicly-funded experiment published in 2014, researchers at University College London and Moorfields Eye Hospital sliced open the eyelids of 6 young cats (under anesthesia) to allow easier access to the eye before a clamp was inserted to hold the eyelids back. Part of the sclera (white of the eye) was then cut open to allow for the insertion of an infusion tube so that the vitreous gel in the middle of the eye could be removed. Three of the cats were also subjected to another surgical procedure to remove the lenses in their eyes.

Comedian Ricky Gervais who spoke out against these experiments and is also supporting the BUAV campaign to end the use of cats and dogs in research stated: “Cats share our homes, they are loving, loyal and playful and they deserve a safe and happy life, not one of suffering. That’s why I am supporting the Our Best Friends campaign, taking action to bring a stop to the suffering of cats and dogs in UK laboratories.”

Under the banner ‘Cats and dogs are our best friends – they don’t belong in laboratories’, the BUAV is asking for the Government to end their use for experimentation in the UK.

CEO of the BUAV, Michelle Thew, said: “Over 5 million families in the UK share their home with one or more cats yet these much loved animals are still being used in cruel and unnecessary tests. We are delivering our report to the Home Office in order to highlight the suffering and present our argument for alternatives to be used to end such cruelty.”