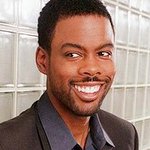 During the weekend, Toronto was treated to one of its most fun and funniest evenings of the year, as Chris Rock performed at Laughter Is The Best Medicine II — a comedy gala that raised $2.5 million in support of Toronto East General Hospital (TEGH.)

With Will Arnett as Master of Ceremonies, over 1400 guests celebrated the completion of the hospital’s $60-million private sector capital campaign at the sold-out affair, held at the Allstream Centre.

Chris Rock — the multi-Emmy and Grammy award winner, critically acclaimed as one of the world’s best comedians — had the crowd in stitches for more than an hour, with all-new material, prepared especially for TEGH’s guests. The occasion marked the first time Rock had ever performed for a private event.

“It’s a great cause. The hospital does a lot of amazing work. And I just wanted to be with the right people; and this just seemed like the right time,” said Rock about why he chose to perform at the TEGH event.

TEGH has been proudly serving the community of East Toronto since 1929, when it opened its doors as a 110-bed general hospital. Over the years, the hospital has continually renewed its commitment to the community it serves. Today, TEGH is a large, urban, full-service community teaching hospital, providing comprehensive care to a diverse population of 400,000, representing over 40 cultural and linguistic groups.