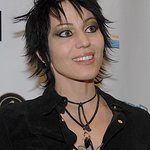 As the Maryland Renaissance Festival continues to offer elephant and camel rides, rock icon Joan Jett, who grew up in the Old Line State, has fired off a letter calling on fair organizers to nix the rides.

As Jett points out, these animals suffer when they’re confined, dragged from venue to venue, and beaten into obedience—and large wild animals pose a safety risk to members of the public, especially children.

“As someone who grew up in the great state of Maryland, I am writing on behalf of PETA to urge you to cancel the elephant and camel rides at the state’s Renaissance festival,” she wrote in the letter. "Unlike musicians such as me, these wild animals do not choose to perform. In the desert, where they belong, camels live in social herds. When they are hauled around and forced to give rides, they are confined to transport trailers and small pens and denied adequate socialization, along with everything else that is natural and important to them. Elephants used for rides are trained through domination, fear, and punishment — including beatings with sharp metal bullhooks, which trainers use to strike and jab the animals on the most sensitive parts of their bodies. Furthermore, multiton elephants pose a serious danger to the public, especially when they are under constant stress from confinement and beatings. These large, powerful animals have knocked over stairways, grabbed members of the public, and lashed out at their handlers. In 2009, an elephant used for rides injured 15 children after becoming spooked.

“Please celebrate another era with talented, willing human entertainers, not by exploiting wild animals captured and abused by humans. My friends at PETA and I — along with other organizations that have contacted you — respectfully request that you cancel the elephant and camel rides immediately and keep them out of your lineup in the future.”

PETA — whose motto reads, in part, that “animals are not ours to use for entertainment” — has posted an action alert on its website, which tens of thousands of people have already used to call on the festival to cancel the rides. The alert notes that Franklin Murray — the man providing the fair with these animals — was arrested for contempt of court in relation to four counts of alleged cruelty to animal charges. He has posted bail and continues to operate his elephant-exhibiting business.