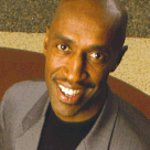 Since posting the following item, LookToTheStars.org has been advised that the event has been postponed. We will update you with more info when available.

Top sponsors will have the opportunity to bowl with Trent Tucker and other celebrities in attendance which include former NY Knicks teammates John Starks and Anthony Mason, NBA star Anthony Avent and NY Giants Super Bowl Champion Steve Weatherford, to name a few.

The bowling tournament will include a VIP meet & greet lounge, a live and silent auction, great music, cocktails and a delicious array of food and sweet treats by Jala and Oscar William Gourmet Cotton Candy. All participants will have a chance to bowl and compete for the highest score to win prizes.

“I’m looking forward to coming to NY and hosting my Celebrity Bowling Tournament which will benefit Juvenile Diabetes Research Foundation (JDRF),” said Trent Tucker. “With diabetes on the rise affecting both children and adults, more people inflicted with the disease are facing life threatening challenges. With the help of all the generous celebrities, supporters and participants, we are hoping to Strike Out Type One.”

“JDRF is thrilled to be the beneficiary of the Trent Tucker Celebrity Bowling Tournament, "said chapter executive director, Kristin DiFoglio. “In the United States more than 3 million children and adults diagnosed with type 1 diabetes (T1D) struggle with this life threatening disease, and the numbers are growing. They face a lifetime of potentially fatal complications from this disease, a disease that never sleeps. Thanks to the generosity of people like Tucker and all those expected to participate in this event, JDRF leads the world in funding type 1 diabetes research. We are confident that together, we will reach our goal and ultimately Turn Type One into Type None.”

JDRF’s mission is to find a cure for type 1 diabetes and its complications through the support of research. JDRF is the leading global organization funding type 1 diabetes (T1D) research. JDRF collaborates with a wide spectrum of partners and is the only organization with the scientific resources, regulatory influence, and a working plan to better treat, prevent, and eventually cure T1D.

As the largest charitable supporter of T1D research, JDRF is currently sponsoring $568 million in scientific research in 17 countries. In 2012 alone, JDRF provided more than $110 million to T1D research. More than 80 percent of JDRF’s expenditures directly support research and research-related education. In 2012, Forbes magazine named JDRF one of its five All-Star charities, citing the organization’s efficiency and effectiveness.