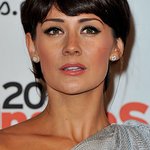 Former Hollyoaks star Claire Cooper has stayed close to her Yorkshire roots – and that’s why she was appalled to learn from PETA about B&K Universal’s plan to expand its Yorkshire beagle-breeding facility, which would churn out thousands of puppies to be used in deadly experiments.

In response, Cooper fired off a letter today calling on Secretary of State for Communities and Local Government, Eric Pickles – who will make the final ruling – to reject the company’s appeal.

“Breeding dogs for deadly experiments is a shameful trade”, Cooper writes. “Dogs aren’t commodities or test tubes with tails. Beagles are friendly, loyal and gentle. These qualities – which make them fantastic family companions – are also the very reason why animal experimenters choose to use them for tests, since their trusting nature can be easily exploited. . . . We hope you will do the right thing and reject the appeal for this building extension.”

Earlier this year, PETA – whose motto reads, in part, that “animals are not ours to experiment on” – sent a letter, along with more than 25,000 signatures from local residents and other concerned members of the public, urging the UK Planning Inspectorate to refuse permission for the facility. In its letter, PETA warned that in addition to being cruel to dogs, the expansion would disturb residents by generating a high level of noise and an increase in traffic as a result of the transport of dogs from the facility.

Cooper was the winner of the Best Actress Award at the 2013 British Soap Awards and is best known for her role as Jacqui McQueen in Hollyoaks from 2006 to 2013. She has also appeared in Strictly Come Dancing and Ready, Steady Cook.