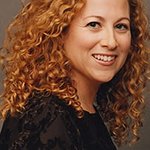 A new novel from bestselling author Jodi Picoult has hit the shelves, and she has just written a guest blog post for PETA, a piece discussing the novel, Leaving Time, which centers on a teenage girl’s search for her mother, an elephant researcher who disappeared 10 years ago.

In her piece, Picoult shares her inspiration for the book’s elephant-centric backstory — her real-life visit to The Elephant Sanctuary in Tennessee and spending time in Botswana learning about and watching wild elephant herds — and writes passionately about the plight of the animals featured in her book.

Readers will be drawn in by her determination to take a stand for elephants suffering in captivity and may be surprised to hear that poaching doesn’t just decimate wild elephant populations — it also funds terrorism.

“The elephants in my book Leaving Time are based on elephants I met at The Elephant Sanctuary in Tennessee,” wrote Jodi. "Elephants suffer greatly in captivity. A zoo habitat is never large enough to accommodate an elephant properly. Moreover, elephants live in herds, so creating a fake herd of two or three elephants is much like throwing a human into a cell with a stranger and assuming they will become fast friends. Seventy-five percent of elephants in North American zoos are overweight, 40 percent have foot or joint problems, and 80 percent have behavioral tics such as head-bobbing or swaying because of stress. For every elephant born in a zoo, another two die — so even saying that zoos foster breeding programs is not quite accurate.

“Elephants simply should not be in zoos.”