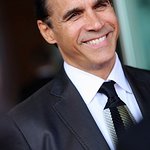 PEACEFund will host its star-studded 1st annual paintball tournament next month in an effort to raise awareness and funds for children’s causes and support children plagued by troubling issues.

The weekend will also strive to set a world record for the largest paintball battle.

In addition to benefiting PEACEfund’s cause, this will be the first interactive paintball event that allows celebrities to represent their own charity, with the winning party choosing where proceeds will be donated.

Actor and TV host Shaka Smith along with actor and DJ Talon Reid, host a Project Save Our Surf fundraiser and beach clean up in celebration of the founder, Tanna Frederick's birthday. More →